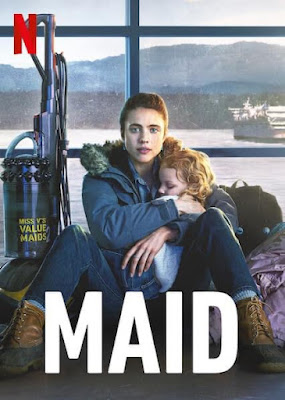 Aired recently on Netflix, MAID was inspired by the life of author Stephanie Land. Stephanie escaped the abusive relationship she was in, and ended up in a harrowing situation; struggling to afford food and turning to a homeless shelter to get help for herself and her daughter.

Why is talking about domestic violence so important? It is not just important, it’s vital.

Domestic violence affects one in 4 women. It affects 1 in 9 men, worldwide. But it's not something people talk about - it gets swept under the carpet and largely, people suffer in silence. The issue is, because it's not talked about, the victims of it often feel as if it's either normal, or something is wrong with them. The hard reality is that two women every week in the UK are killed by their partner, and 30 men die each year for the same reason.

Often people who commit domestic abuse aren’t the monsters we imagine; quite often they don’t have a label or other dysfunctional behaviour patterns which flag them up. They are ordinary people living ordinarily lives, but behind closed doors they hit or mentally abuse the people they are meant to love. Abuse can be physical, sexual, emotional, religious, economic or psychological. Abuse isn't always between partners, it can span generations too.

This series is a really important beacon, because domestic violence still holds a huge stigma, and there are terrible historical “blame cultures” surrounding it, so it does not get the air time it deserves - we need to shine a huge spotlight on the impact it has one peoples lives.

If we, as a society, and the media begin to address it in more detail and expose it for what it is, then there will be a tide of change.

This particular series is very important because it highlights the challenges of navigating the social services system, poverty, the financial implications that come with leaving an abusive relationship and the sheer determination to survive.

I found it to be an incredibly touching series, with an amazing actress for the lead. The quality of the acting throughout from all for the cast was brilliant in fact, and the story telling and production made it something really special and thought provoking. It was both harrowing and heart warming in equal measures.

If you get a chance to watch, then do, but also, watch with family members and older teens. Start talking about this subject, because with knowledge comes power to alter and improve lives.

Let me know what you thought about the series, in the comment box below. 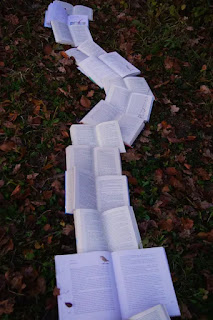 Things I Wish I’d Known: Learn What You Know!

APHP & NRPC Blog for Psychotherapists, Hypnotherapists and Counsellors
We are an Accrediting Organisation for Hypnotherapy, Psychotherapy and Counselling. We've been established for over 20 years and provide a great service to our members. If you are looking to join an organisation who cares about you, the therapist and wants to help you to attract clients to you, then look us up. www.aphp.co.uk